“When we met Marc and the Cerna team 3 years ago our hearts were broken due to what our son Mike was going through. 3 years later on vacation with Mike our hearts are filled with joy and hope! We are forever indebted to Cerna. Thank you so much! “
– The Dileo Family 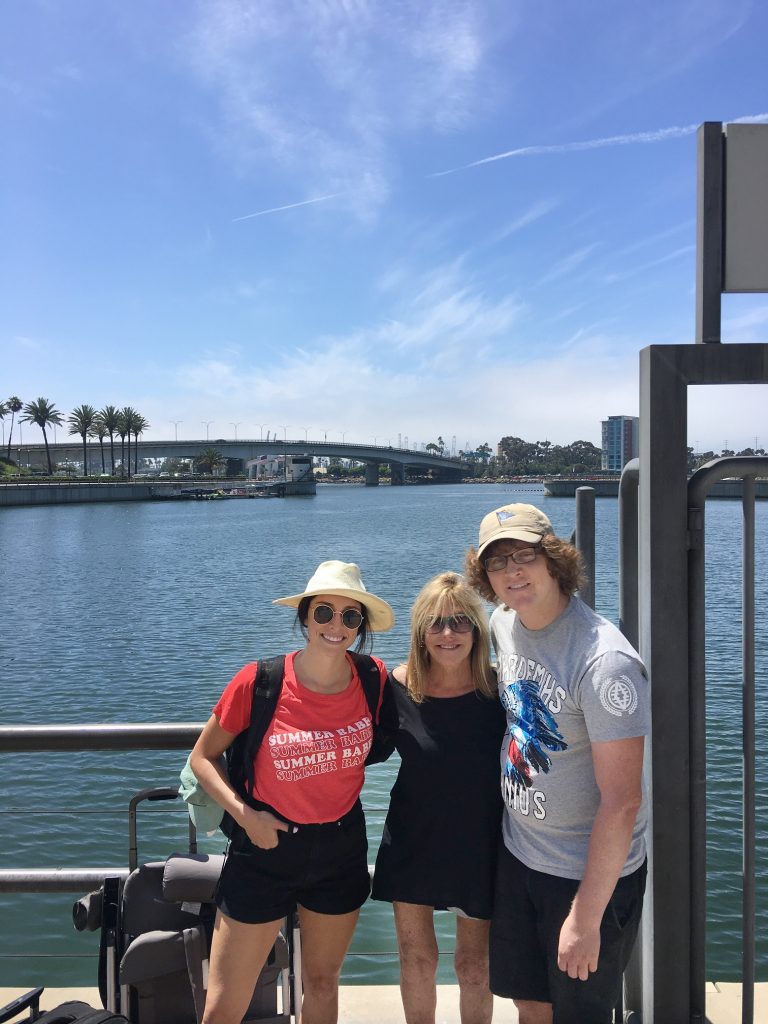 Cerna’s President, Mike Friedman took a call from UCI hospital that would forever change the lives of a young man, his family and everyone at Cerna HQ.

The call concerned Mike Henry, a 26-year-old going through an incredibly dark time. He lived with his parents and had been reclusive in his bedroom for weeks. During those weeks, he stared at the walls, he did not bathe, and he was non-verbal. His family could not reach him, nor did they have the tools to even begin to know how. Mike’s condition stemmed from a brain injury, depression and psychological issues.

After speaking with UCI, Marc Friedman then spoke with Mike’s family; Cerna took on his case.
That was three years ago.

As a first step, Mike was moved to a psychiatric hospital for two months. During that time Marc visited him three to four times per week. Marc also worked with doctors, attended care plan meetings, helped with cognitive exercises and worked on a proactive quality of life discharge plan.

Mike was released to a neurorestorative all-day outpatient program in Palm Springs that Cerna sought out and coordinated for him. The program focuses on rehabilitating individuals of all ages with brain, spinal cord and medically complex injuries, illnesses and other challenges. There, Mike made promising strides during the three month program that builds skills, develops self-esteem and combines functional therapies and everyday experiences in real-world settings.

The next step of Marc Friedman’s plan for Mike was for him to live at Andros House in Costa Mesa, California. The house is a Residential Care Facility, owned and operated by Cerna Home Care. Mike became a beloved member of the home for the next 18 months where he contributed by taking on chores and helping others in the house, as well as doing social things like coloring with residents. During that time Mike’s therapy was ongoing.

With each healing step, Mike began to blossom moving closer to independence. He volunteered at Cerna headquarters twice a week, where everyone in the office mentored him. The staff looked after his well-being to make sure he was eating and drinking, socializing, learning and thriving.

Since October 2018 Mike has lived independently with a roommate. Mike makes his meals; he goes to church, the beach, the gym – he takes Uber. Mike is working on getting his driver’s license reissued and he is busy restoring his sailboat when time permits. Mike gets counseling once a week, as well as cognitive exercise. Marc Friedman goes to all neurological and doctor appointments with him. “It’s been fulfilling to see Mike’s fun personality emerge. He converses, teases and makes jokes,” beams Marc Friedman.

Mike’s three years under Cerna’s care have culminated in a joyous family reunion on Catalina Island with 200 family members! At the event, the entire family was elated over Mike’s development in all areas, most of all, his apparent happiness.

This is not the end of Mike’s story with Cerna. He is a permanent Cerna family member. Mike is a paid employee at Cerna where he works 3 days a week taking on responsibilities at the office. Marc takes him out every other week and he goes to the gym with a friend at Cerna. Cerna Home Care includes him in all happenings. Marc states simply, “The work we do is not a job, it is motivated by making a difference for others, and in turn, our lives are changed.”